The 4-year-old lab became known for his loyalty to former President George H.W. Bush. Now, Sully is being recognized for his service in a monumental way.

A bronze statue was unveiled Tuesday on Long Island, where Sully was born and raised before the service dog became the constant companion of Bush and then, as the nation watched, stood by the former president at his wake and funeral.

The statue's sculptor, Susan Bahary, said she was so taken with the dog’s loyalty and devotion, she dedicated her art to America’s VetDogs.

“I had the joy of meeting Sully and spending three hours measuring, admiring, getting to know him,” Bahary said.

It costs more than $50,000 to breed, raise, train and place one assistance dog. America’s VetDogs provides its services free of charge.

“The beauty of Sully is that he crosses all barriers,” Sully’s trainer, Valerie Cramer, told CBS2’s Jennifer McLogan. “Maybe he misses the job that he did before, but he is very happy to do what he’s doing now because he touches so many lives.”

25 photos to celebrate rescue dogs around the world:

Scientists found that dogs that had been trained to detect COVID-19 could also identify long COVID patient samples with a "high sensitivity."

Jumping on people is a natural reaction for excited dogs, but here's how to stop it

Jumping is a natural reaction for dogs when they get excited, especially when greeting people. Here are tips to stop your dog from jumping on people.

Roving with Rover: Tips for stress-free road-tripping with your dog

If you’re planning to hit the road in 2022, especially for the first time with a pet, here's what you need to know about road-tripping with a dog.

Prepare your pets for a natural disaster with these tips

If a natural disaster's conditions are bad enough for you to need to leave, your pets need to leave too. Here are tips from the American Kennel Club. 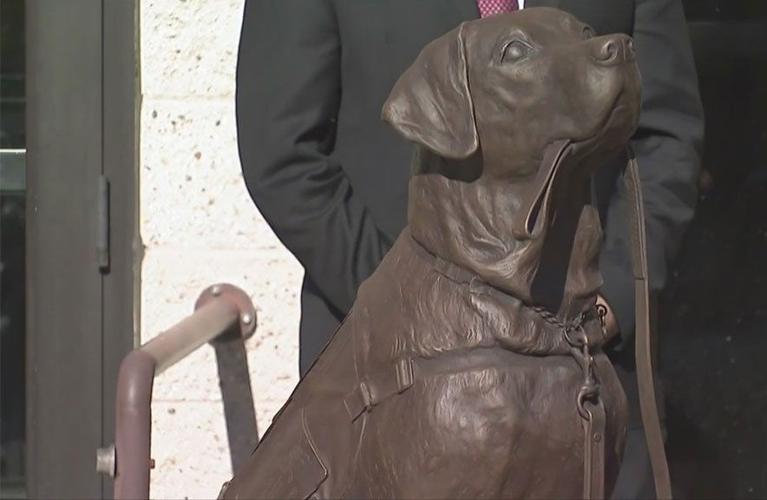 A bronze statue was unveiled on Long Island, where Sully was born and raised before the service dog became the constant companion of former President George H.W. Bush. 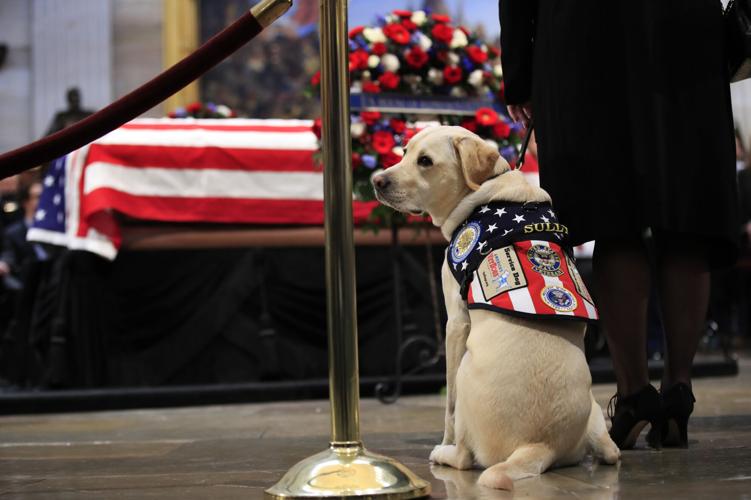 In this Dec. 4, 2018, file photo, Sully, former President George H.W. Bush's service dog, pays his respect to President Bush as he lies in state at the U.S. Capitol in Washington.