WACO, Texas — Rusty the dog has done a lot of living in his two short years on Earth. The latest twist? An adoption that lasted less than 24 hours.

Rusty was surrendered as a puppy in February 2020 to the Humane Society of Central Texas, which has become the closest thing to a home for him after spending more than 400 days there.

Last year, the 50-pound pooch was placed in a foster home for two months and then with a rescue shelter in Idaho, according to CNN affiliate KXXV. That group sent him back to Waco because he didn't play nice with other dogs, and staff weren't able to find a home for him. The Texas shelter found him a home, which was great, but he was back after about a month for being destructive, KXXV reports.

Shelter staff, who describe Rusty as "a super cute and smart fellow," helped him learn to get along better with other dogs and people, and he was adopted again. But the people who adopted him brought him back the next day after he nipped at them.

Dr. Paula Rivadeneira, executive director at the Humane Society of Central Texas, told CNN the shelter doesn't blame the people who adopted him for bringing Rusty back, acknowledging that Rusty is different from other dogs and requires a little more work.

But that doesn't make him less lovable, Rivadeneira said.

Shelter staff are looking for a home without children because Rusty is thought to have had some negative experiences with little ones and is not comfortable with them. However, once Rusty bonds with someone new, "he really enjoys being with people. A little patience and understanding will go a long way with him," staff say.

A growing body of scientific research suggests that having a canine companion is associated with a number of health benefits, including improved cardiovascular health.

“Numerous studies from Scandinavia, England and the United States suggest that dog owners have better health than individuals who don’t own dogs. But what we really want to know is whether owning dogs produces better health or if it just means that healthier individuals are more likely to own dogs,” says Dr. Dhruv Satish Kazi, a cardiologist and associate director of the Smith Center of Outcomes Research at Beth Israel Deaconess Medical Center and a member of the faculty of medicine at Harvard Medical School.

What the research says

Two additions to this collection of evidence come from two articles published in the October 2019 issue of Circulation: Cardiovascular Quality and Outcomes.

The first article, an analysis of multiple studies, found that compared with people who didn’t have dogs, dog owners were on average 24% less likely to die over a 10-year period, and 31% less likely to die from a heart attack, stroke or other cardiovascular condition. The second was a study looking at how dog ownership affected survival once people left the hospital after a heart attack or stroke. Using data from the Swedish National Patient Register, the researchers looked at how well people who owned dogs fared when compared with people who weren’t dog owners. Study subjects included people ages 40 to 85 who had a heart attack or ischemic stroke (the type caused by a blocked blood vessel in the brain) between 2001 and 2012.

Researchers found a lower rate of death during the study period for dog owners versus non-owners. Dog owners who lived alone had a 33% lower death rate after a heart attack than non-owners, and a 27% lower death rate after a stroke. Death rates were 15% lower for heart attack survivors and 12% lower for stroke survivors who lived with a partner or child and a dog, compared with those who had a partner or a child, but no dog.

Demographic data show that dog owners are more likely to be married, which has been linked to better health. They’re more likely to have the physical space for a dog, which means they might have a higher income level. But even after adjusting for those and other confounding factors, evidence of a benefit appears to remain in the data, says Kazi. “After reviewing the literature, it’s my conclusion that there is very likely some effect from having a dog,” he says.

He cites several possible reasons for this apparent benefit:

Studies show that people who have a dog exercise more and spend more time outside, when compared with those who don’t, says Kazi. This is true simply because people have to walk their dogs and care for them. Both the exercise and the outdoor time can bring benefits, such as lowering blood pressure and cholesterol and improving heart rate.

Stress is another known risk factor for heart disease. A 2001 study found that pet ownership in conjunction with treatment with an ACE inhibitor did more to reduce stress-related blood pressure spikes than ACE inhibitor treatment alone. A 2007 study found that in people hospitalized for advanced heart failure, blood pressure and levels of certain stress hormones dropped after a 12-minute visit from a therapy dog.

“Another big part of the benefit of dog ownership is probably its effect on mental health,” says Kazi. People who own dogs forge a connection with their pets, which could make them feel happier. This effect may be greater for people who live alone, who may be at higher risk for anxiety and depression. “It’s likely that there is also a strong mental health benefit that may translate into better cardiovascular health and survival,” says Kazi.

Dogs may also have an effect on the human body’s intestinal bacterial population known as the microbiome, because they introduce germs to the home, says Kazi. These microbiome changes may help heart health, an effect similar to that seen when you eat healthy probiotics found in fermented foods.

Can cat lovers get the same benefits? “The available evidence is almost entirely about dogs,” Kazi says. There may be some mental health benefits from cat ownership. But you’re not getting the same physical benefit of exercising. Until there are more studies, it’s hard to extrapolate these findings to other pets, he says.

Top 10 Under 10: Toys for Your Cat or Dog for the Sunnier Days of Spring

As the days get longer and the weather gets warmer, spending time outside is going to become much more common. We are all going to want to spe…

How to pick the right dog for your lifestyle

Getting a dog should be a well-planned decision. For the best chance for success, put forth the effort to find the best match for you and your family.

Marvel, a golden Labrador retriever, and Otis, a rescue cat, were inseparable from the moment they met.

Doggie doo in the White House? One of President Joe Biden's dogs apparently deposited the pile of poo in the hallway Wednesday.

Lap up these nutrition tips for a healthy kitten

A kitten’s diet is varied throughout its first year of life. Here are rough guidelines to consider as you feed your growing kitten.

As we plan vacation time, the mere thought of leaving our pets behind can be disconcerting. So, bring them with! Here are five tips to consider. 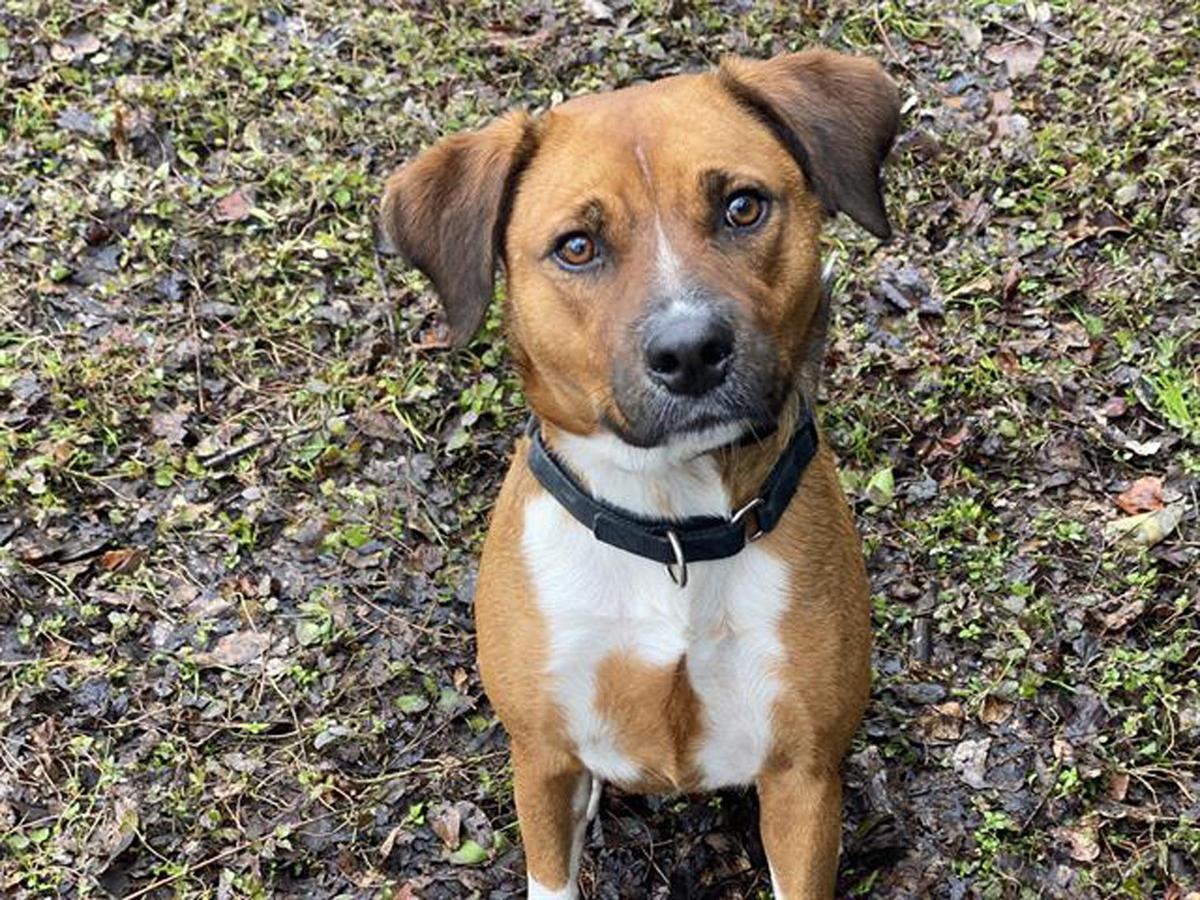 Rusty has spent more than 400 days at the Humane Society of Central Texas. 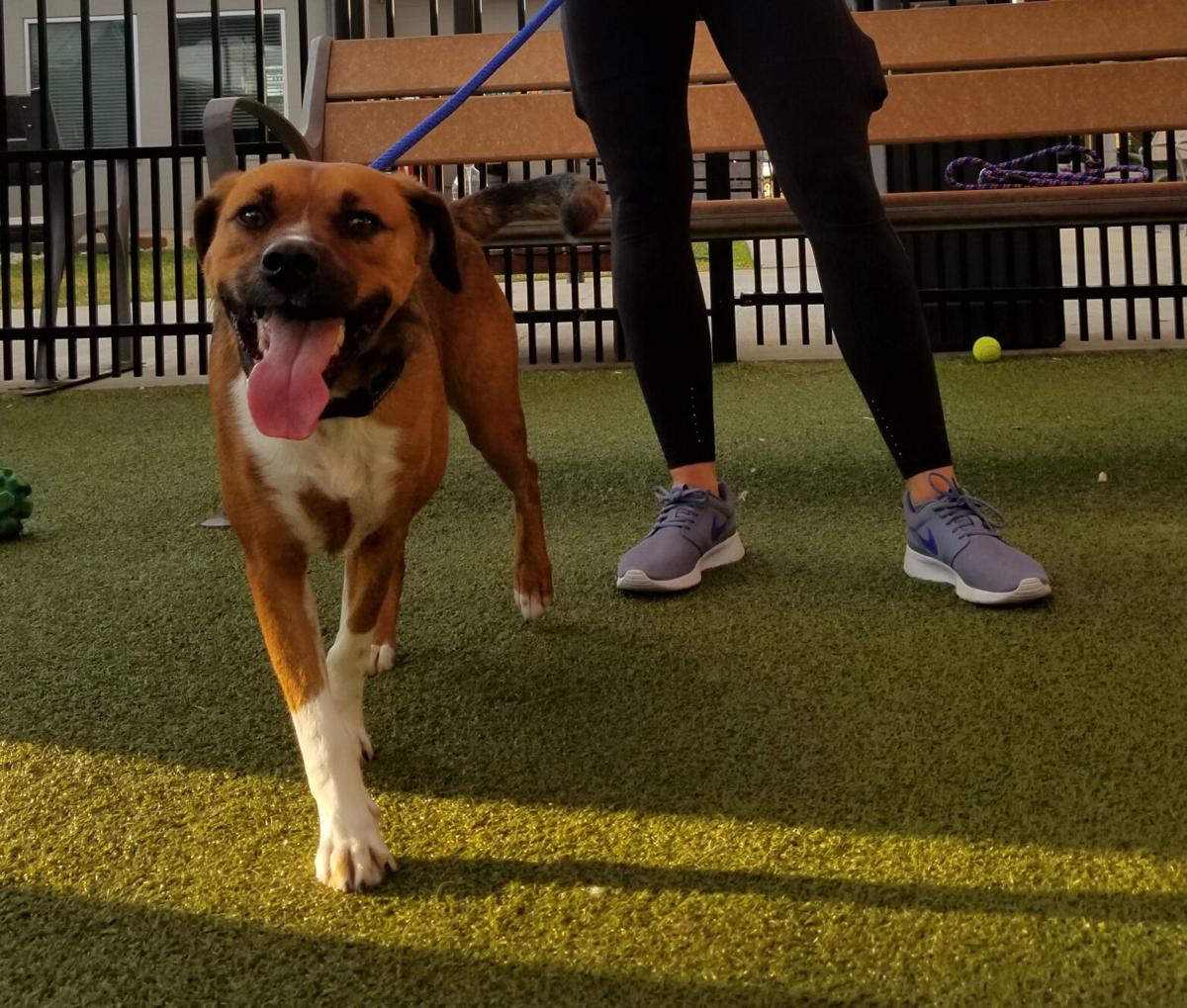 Staff at the Humane Society of Central Texas described Rusty as a "super cute and smart fellow."